Heart of Our Nation – Stevie Salas 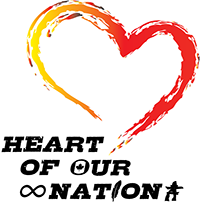 Stevie Salas, a proud Apache, has played guitar with artists such as George Clinton Rod Stewart, Mick Jagger, and Sass Jordan. He discusses his role as executive producer of the award-winning documentary film “Rumble: The Indians Who Rocked the World” [Rezolution Films, 2017]

He describes the film, shortened in title to ‘Rumble’ as he talks, which he describes as a North American history film, has continued to grow and take him around the world after its win at the Sundance Film Festival. Salas notes how, in relation to the film, people all over the planet are interested in the story of how Native American musicians have inspired some of the greatest rock and roll musicians in the industry. Stevie then continues to elaborate on Rumble and his future plans including a film and recording project with Taboo, from the Black Eyed Peas, and writing a new album.

The permalink for this story is:
https://bc.nationtalk.ca/story/heart-of-our-nation-stevie-salas